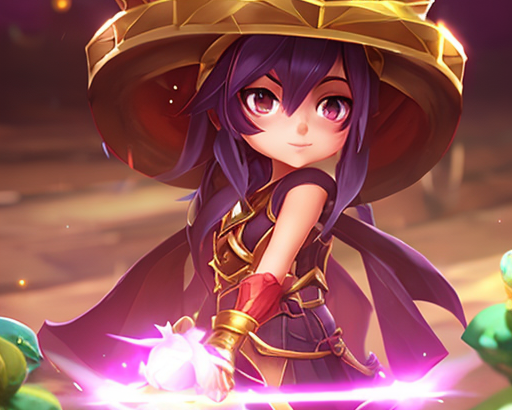 5 Best ADC’s for Lulu in League of Legends

Team compositions in League of Legends are all about finding the right combination of champions that can work together to achieve victory. One of the most important roles in the game is the ADC, or Attack Damage Carry, who is responsible for dealing massive amounts of damage to the enemy team. While there are many viable ADC picks out there, some work better than others when combined with certain support champions. Lulu is one of the best support champions in the game, and if you want to get the most out of her unique kit, here are the 5 best ADC’s for Lulu in League of Legends.

Vayne is a mobile marksman with a unique playstyle that revolves around dodging and kiting. Her ultimate, Final Hour, gives her a huge boost to her attack speed and allows her to dish out an insane amount of damage in short periods of time. She is also incredibly slippery, making her great at slipping away from a fight if it starts to go south. Her mobility and damage output make her a great pick when paired with Lulu, who can use her Glitterlance to slow down enemies and make it easier for Vayne to land her deadly auto-attacks. Vayne also benefits greatly from Lulu’s ultimate, Wild Growth, which gives her a massive health boost that can be used to survive in team fights.

Tristana is an explosive marksman who excels at dealing rapid burst damage to her enemies. Her Rocket Jump ability allows her to quickly close the gap between her and her target and her ultimate, Buster Shot, does massive amounts of damage and knocks back opponents. Her passive, Draw a Bead, gives her a huge range advantage over other ADC’s, making her more difficult to engage on. With Lulu’s help, Tristana can use her Rocket Jump to close in on enemies and then use Lulu’s Whimsy to stun them, allowing Tristana to easily finish them off with her rapid burst damage.

Ashe is an icy marksman who excels at kiting and keeping her enemies at bay. With her ultimate, Enchanted Crystal Arrow, she can lock down a single target for a few seconds and allow her team to focus it down. Her passive, Ranger’s Focus, also gives her a huge attack speed bonus when she lands a basic attack, which can be further enhanced with Lulu’s Whimsy. Lulu’s Glitterlance can also be used to slow enemies, making it easier for Ashe to land her arrows. Lastly, Lulu’s Wild Growth can be used to give Ashe a huge health boost in team fights, allowing her to stay alive and dish out damage for longer.

4. Varus – The Arrow of Retribution

Varus is an archer with a deadly long-range ultimate, Chain of Corruption, which can be used to lock down multiple enemies at the same time. His Blighted Quiver passive gives him a huge attack speed bonus when he lands basic attacks, allowing him to dish out massive amounts of damage in short periods of time. Varus also has great waveclear and can be used to push lanes quickly. When paired with Lulu, Varus can use Lulu’s Glitterlance to slow enemies and make it easier for him to land his shots, and Lulu’s Wild Growth can be used to give him a survivability in team fights. Additionally, Varus can use Lulu’s Whimsy to increase his attack speed and burst down enemies with ease.

Kog’Maw is a scary long-range marksman who excels at sniping enemies from a safe distance. His ultimate, Living Artillery, launches a barrage of missiles at enemies and deals massive amounts of damage. His passive, Bio-Arcane Barrage, gives him a huge attack speed bonus when he lands basic attacks, allowing him to dish out even more damage. When paired with Lulu, Kog’Maw can use Lulu’s Glitterlance to slow enemies and make it easier for him to land his shots, and Lulu’s Wild Growth can be used to give him a survivability boost in team fights. Additionally, Lulu can use her Whimsy to increase Kog’Maw’s attack speed and burst down enemies with ease.

Finding the right combination of champions is key to success in League of Legends and Lulu is one of the best support champions in the game. Pairing her with any of these 5 ADC’s gives you a great chance of winning your games. Every champion brings something unique to the table, so make sure you experiment and find the best combination that suits your playstyle.