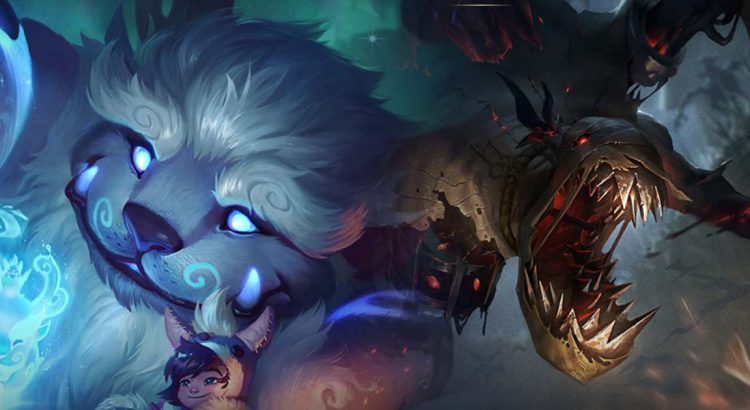 Wondering what to play in the jungle? We’ve got you covered with 5 champions that are great picks, and will let you dominate the game from the jungle. These are some of League of Legends best jungle champions. All of these champions provide good clear speed, and fantastic lane pressure with their ganking tools. You can’t go wrong with any of these picks, but of course there are many other champions that make for great junglers, so don’t take this list to be exhaustive. If you are just starting out, or looking for a different position, you might want to check out our guide to the Best Beginner Champions for League of Legends in 2022.

Some of League of Legends best jungle champions are Nunu & Willump, Fiddlesticks, Rek’Sai, Kha’Zix, and Shaco. Any of these picks will allow you to have a good chance to be very effective in the jungle.

Nunu has a long history of being among League of Legends best jungle champions. Having good and safe clear in the jungle with his Q, combined with a great ganking toolkit is what makes Nunu a beast mode jungler. Additionally, his Q does a ton of true damage to jungle monsters, so as long as your timing is good you can combine it with smite and virtually never lose a big objective fight for dragon or baron, ever.

The only real downside for Nunu is that his early clear isn’t the fastest, and his 1v1 isn’t so strong, so an aggressive enemy jungler can cause you some issues.

Scary scarecrow man is another strong jungle pick. His presence in the game alone will make the enemy laners play more cautiously, and if it doesn’t, you’ll just kill them repeatedly. Fiddlesticks has a safe enough jungle clear, but his real strength is in ganking, and surprise teamfighting (if you can channel a good ult from a brush late in the game, that can often be the GG right there).

Rek’Sai is just a solid all-round jungler. She can clear quickly and safely, can gank well, and will maintain usefulness throughout the entire game. Take the bug queen for a spin and knock your opponents socks off (when you knock them in the air after coming out of your tunnel). Rek’Sai’s mobility around the jungle is hard to beat, allowing you to dominate the map in ways most other jungle champions would dream of.

The killer bug is one of the best aggressive junglers in the game. Thanks to his isolation bonus you should be able to beat up the enemy jungler any time your paths meet, and take their lunch money (i.e. their jungle camps). Then style on the enemy laners as you gank them repeatedly until they hate their life.

His clear speed might not be all that great, but who cares when you steal every enemy jungle camp, and then clown on their lanes.

Speaking of clowns… the evil jester is easily one of the most hated champions in the game since time immemorial. If you wan the enemy team to hate you, and to curse you out for playing a BS champion, then look no further than Shaco. Invisibility, fear, slows, and clones, this champion has got them all. He can use his jack-in-the-boxes to farm the jungle reasonably quickly and safely, but let’s face it, if you pick Shaco you don’t really care about farming the jungle except for the first few minutes of gameplay. Ganking is where Shaco shines after all, jumping in invisible, and unloading a barrage of CC and damage at the poor enemy laners.

His teamfighting might be nothing to write home about, but you probably don’t care because half of the enemy team has ragequit the game before it even gets that far, after you camped their lanes and killed them over and over.